Death and funerary rituals have a special significance among the Bakhtiari, one of the primary groups of pastoral nomads in modern Iran. (1) The death of a clan or family member is not merely a biological event mourned by the deceased’s relatives. Rather, the death evokes the clan’s moral, and the tribe’s social, obligations, which are expressed through religiously determined funeral practices and bereavement ceremonies. The number as well as the scale of the Bakhtiari nomads’ funerary ceremonies varies according to the sex, age, sociopolitical status and cause of death of the deceased: both the depth of the mourners’ shock and the degree of drama that characterizes the subsequent events depend on the age and identity of the departed as well as the circumstances of the death. 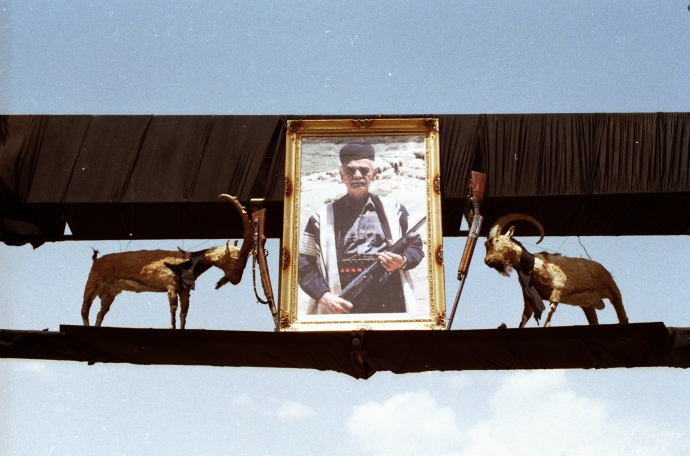 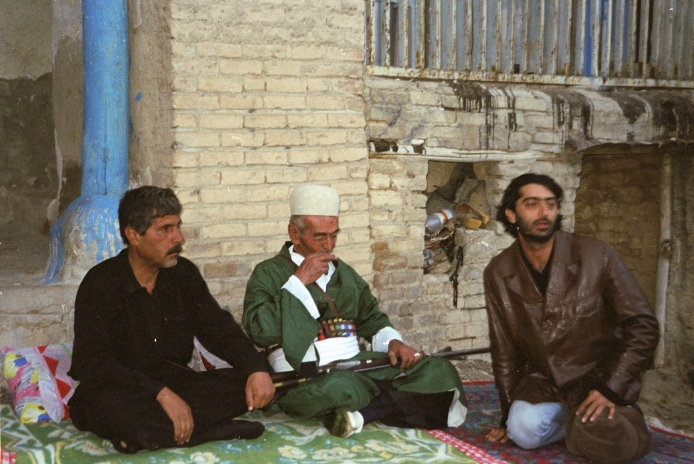 My long-term field observations and my participation in several funeral ceremonies among the Bakhtiari nomads reveal that funeral ceremonies and interment rituals are long and deeply painful processes through which society gradually confronts the loss of a loved one. Close relatives keep the loved one company during his or her final days, care for the corpse, assume the social status of mourners and display their grief. (2) The ceremony begins at the moment of death and may last for weeks or even a year. (3) Surviving relatives want to both break and prolong their relationships with the deceased; over time, the reality of the person’s death is confirmed, and former attachments are slowly joined to consoling substitutes, including the memory and idealized image of the dead.

What is much more significant among Bakhtiari funeral rituals is that, in the funeral ceremonies of great men and chiefs, we can still observe old traditions that do not exist in other parts of Iran. (4) For example, the men, in traditional dress (chuqa), bring out their firearms and shoot in the memory of their chief. The toshmal (traditional musicians) play the chapi (left music), the traditional funeral music of the Bakhtiari; the professional male lamenters recite the sorud and the Shahnameh (The Epic of Kings). (5) A man close to the deceased, dressed traditionally, leads a white mare that is decorated with coloured ribbons and the arms of the deceased around his Mafeh-gah (a special cubic memorial structure). (6) 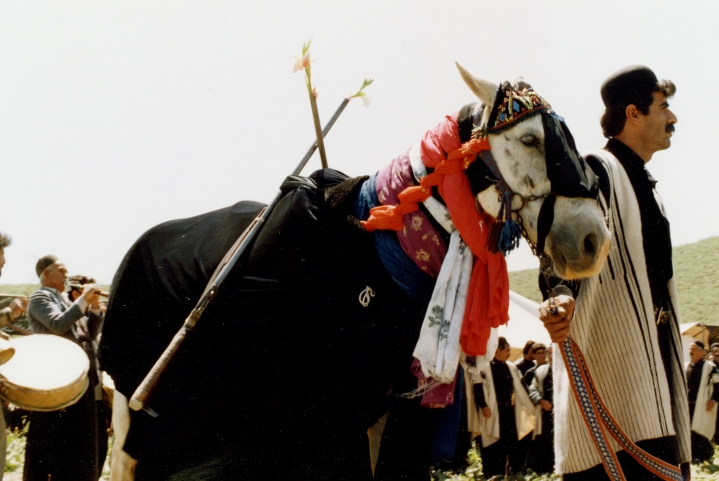 Certainly, among the Bakhtiari nomads one of the most important elements of such funeral ceremonies is the traditional lamentations of women. The responses to death among the Bakhtiari are gendered, and lamenting, as in other nomadic societies in Iran, is primarily women’s activity. (7) In this context, laments and a repertoire of conventional nonverbal practices of Bakhtiari grief and grieving, which include weeping, tearing, screaming, sobbing and scratching the face, all belong to the confined time and place of the women’s lamentation ritual, traditionally named Gageriveh.